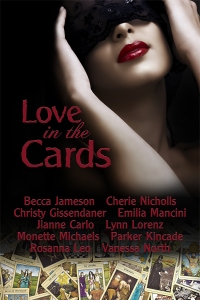 The unifying set up is the mysterious owner of Dacre House in the Garden District of New Orleans has invited selected people to his annual Halloween Party.  Each attendee receives a half of a Tarot card and when they find the person holding the other half — well, you need to read the stories to find out.

The Schedule is as follows:

October 21st — The Strength of a Lion — Lynn Lorenz

And as we did with Lucky’s Charms, all ten stories will be bundled into a single e-book with pub date and on-line retail sites to be announced soon after the stories end.

As you might have noted, my story is The Wheel of Fortune. Here is the blurb:

Brendan Cooper has lusted after fellow student Abby Hart from afar. When Abby walks into the sex toy party he hosts at the Dacre House Halloween party, Brendan takes fate into his Dom hands and makes sure Abby knows to whom she belongs.

So, mark your calendar for October 14th to get in on the beginning of this ten-day story fest. Or better yet, go to Love Lust and Laptops and follow our blog and don’t miss a thing. 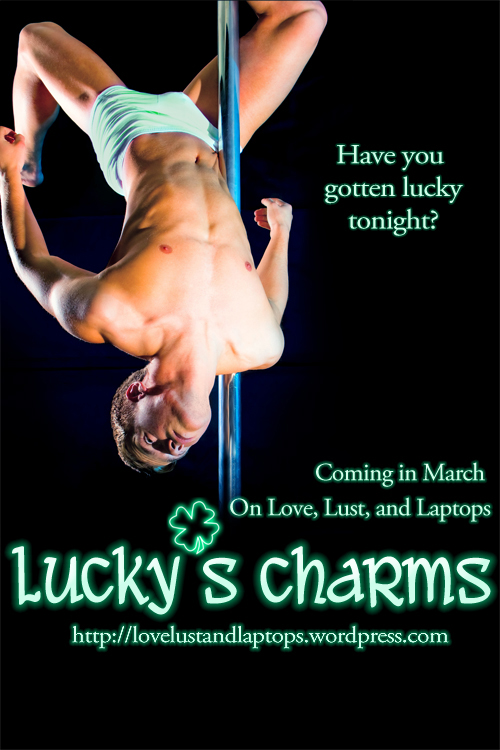 Tomorrow and the week after that is a special time.

It is the Grand Opening of  a new blog, Love, Lust & Laptops.

I was thrilled to bits to be invited to join the other nine ladies in this blog devoted to all things romance. You name it and one of us probably writes it.  Over the coming weeks, you’ll have a chance to meet every LL& L lady and find out what we do and why we do it. As well as sharing the strange and wonderful things we think you’d love to know, we are also planning blog posts and interviews with some surprising guests.

As if that isn’t enough — to celebrate our launch, we have a blog hop giveaway. Every comment you leave at the LL& L blog between the 1st and the 7th of December enters you in the draw. You can increase your chances of winning by visiting each author’s blogs (listed below) and leaving a post. Each author may also be running their own giveaway.

AND HERE ARE MINE! —

LEAVE A COMMENT ON THIS BLOG DURING THE GRAND OPENING WEEK AND I WILL GIVE-AWAY:

1.  One winner will receive a download copy of  EYE OF THE STORM, BOOK  ONE IN MY SECURITY SPECIALISTS INTERNATIONAL SERIES, and

2.  One winner will receive a download copy of  PRIME OBSESSION, BOOK ONE IN MY PRIME CHRONICLES TRILOGY.

So what can you win at the main LL&L Blog Hop Give-Away?

Third Prize is a gift pack of the following E-books

Fourth Prize is a gift pack of the following ebooks

Fifth Prize is a gift pack of the following ebooks

Be sure to visit the LL&L site on December 7th to see if you win one of the grand prizes and visit my blog (this one right here) also on the 7th to see if you won one of my extra prizes. All in all you could score some serious swag.

For more chances to win prizes be sure to visit:

I’d like to welcome one of my fellow Liquid Silver Books authors, Parker Kincade. She is sharing her thoughts on Lora Leigh’s Lion’s Heat.

My alarm clock went off at six o’clock the morning of April 6, 2010. As I reached over to palm the snooze, my first coherent thought was Jonas. It was release day, you see. And one I had waited for since I was first introduced to Lora Leigh’s Breed series years before.

When I think about authors/books that inspire me, this is what I think about. The excitement of a new release, characters I’m invested in, stories I love.

Lora Leigh’s Lion’s Heat is not the first book in her Breed series. Nor is it the fifth, or even the tenth. Lion’s Heat is the twentieth. That’s right, for nineteen books, I had hung on every word. I followed the compelling and fascinating lives of the men and women who were fighting for the rights most of us take for granted. What made these people different? The fact that they had been genetically altered with animal DNA and bred to kill.

Smack dab in the middle of the fight was Jonas Wyatt, Lion Breed and Director of the Bureau of Breed Affairs. As I said before, I had spent nineteen books and many years with Jonas, gritting my teeth as he manipulated and forced his will on those around him. He’d killed. He’d deceived and he had a serious bad-boy attitude. He was a game player whose line between right and wrong was extremely jagged.

So, why then, couldn’t I wait to run to the bookstore the morning Jonas’ story released? The simple answer is: because I knew I wouldn’t be disappointed.

And I was right. Lion’s Heat is a powerful story, a turning point almost, in the saga of the Breeds. From page one, Ms. Leigh didn’t just grab me – she yanked me into the story – presenting me with a very determined, yet vulnerable, Jonas, fighting to remain in control as he dealt with the fact his (unclaimed) mate had belonged to another. And it didn’t stop there. Until the very end, Ms. Leigh kept me on the edge of my seat, never knowing what to expect as I turned the page.

I’ll admit, I fell in love with Jonas a little that week. I learned his secrets, that he had a fierce capacity to love and that there was definitely more to him than I’d ever imagined.

As an avid reader, I’ve had many authors who’ve inspired me, in one form or another. Some for technique, some for character development and well, you get the idea. For me, Lora Leigh’s Lion’s Heat embodies off of these things – all wrapped up in a world so beautifully created, it’s hard to believe it’s not possible.

As an author, this is what I strive to do. Taking the reader on a journey they can’t wait to continue, with characters so vivid it’s hard to imagine they aren’t real. It’s powerful stuff, no?

Parker Kincade has been writing since she was a little girl. Her love affair with romance novels began as a teen and she dreamed of writing her own. She is thrilled to be living her dream.

Parker lives in the South with her husband, children and beloved boxer sidekick. She loves reading, playing golf, spending time with her family and friends, ice cream from the ice cream truck, taking her dog to the park and watching old musicals.

Visit her Web Site.
Take a look at her release 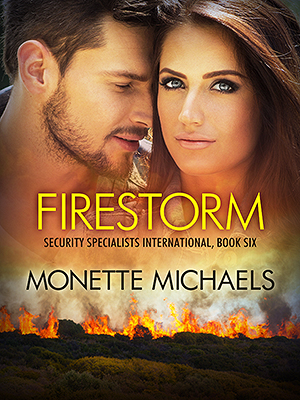 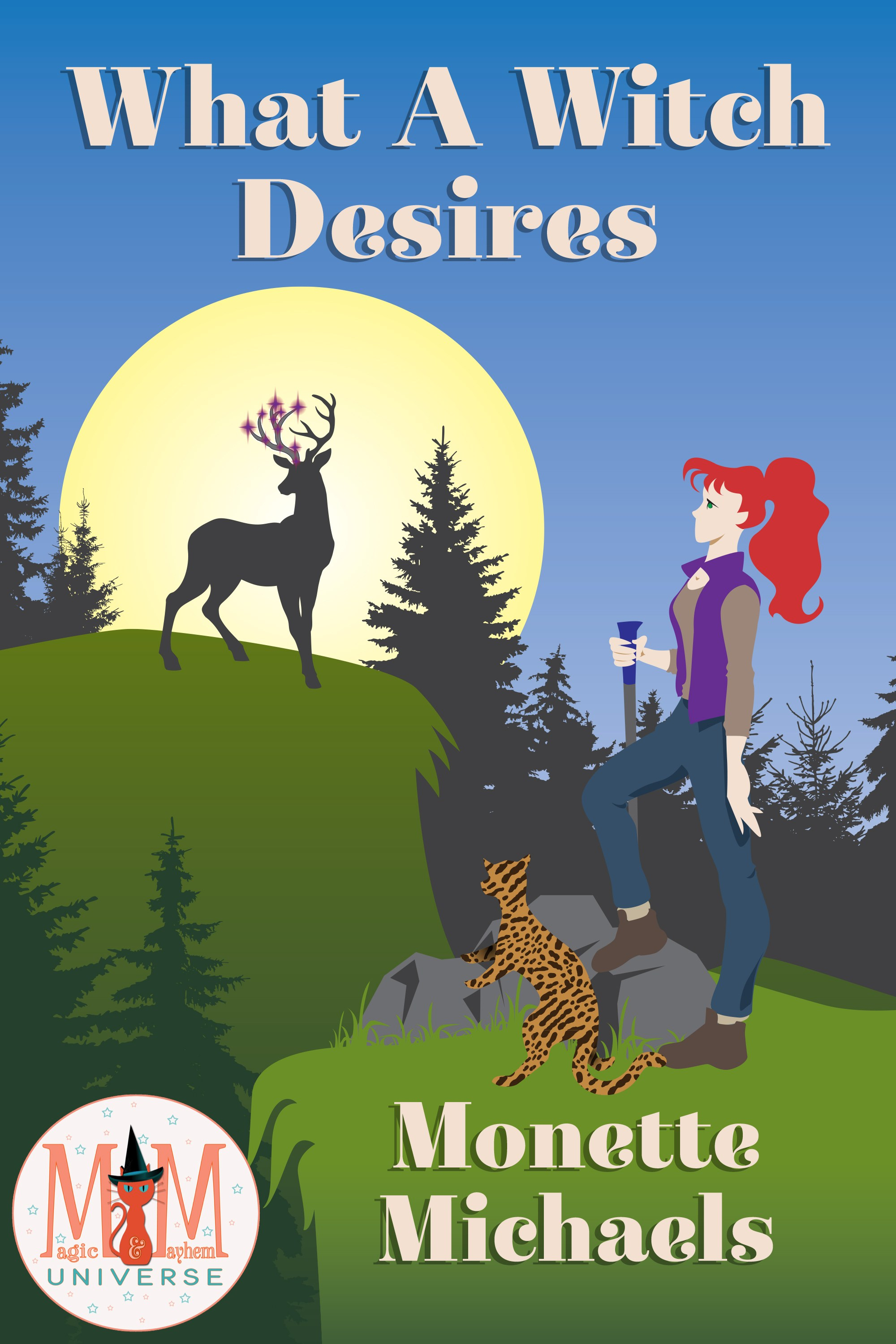